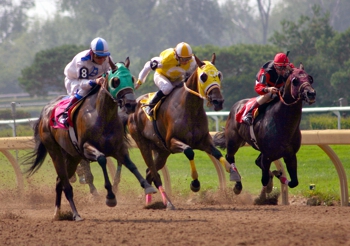 Horse racing is one of the biggest sports to bet on in the industry. The fact that there are races that are held worldwide and include a vast number of races per meeting makes it ideal for the punter looking that’s looking for something to bet on almost 365 days of the year. The sport ranges in terms of quality, with some of the larger meetings pulling in purses in excess of €1,000,000 to smaller races that are held locally on tracks around the world and throughout Ireland.

There are two main seasons in the horse racing calendar which is split between flat and jump (hunt). The flat season will generally run from April to November, whilst the Jump season will run throughout the year, starting and finishing at the Sandown Park Gold Cup meeting held in April. Throughout the site we will be highlighting articles that will help improve your understanding of horse racing betting and, hopefully, answer any questions you may have.

With the development of online betting, the number of bets that you can place when betting on horse racing has drastically increased over the last decade or so. The numbers fall short when compared to the likes of football for example, but there is still a diverse range to choose from that many may not be fully aware of.

What you are going to find from this article is a run through of the different types of bets your can expect and also how each bet works. It’s worth noting that different bookmakers will offer up different markets for each race, usually dependent on the races popularity, which is something that we also address within this article. 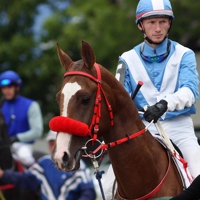 As with all sports, there are a number of rules that you will need to be familiar with before placing bets on horse racing. The rules are set in place to help protect both you and the bookmaker due to any unforeseen circumstances and we will highlight the ones to look out for.

As with all bets, they may vary slightly from bookmaker to bookmaker, but this guide should at least guide you as to what you can expect from each eventuality. Remember, if you are ever in doubt we highly recommend that you contact your bookmaker directly for their ruling on the matter. Topics covered include abandoned races, failure to start and Rule 4, to name but a few. 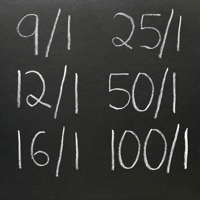 In order to try to be successful in the long term, tou will need to be able to identify value from within the race and also apply your knowledge in determining which horses are going to best to back.

This article will run you through a number of strategies that you can apply in an attempt to be more successful. The range of information in this article is pretty diverse and whilst you don’t need any prior knowledge to the sport to be successful, we would highly advise that beginners look at potential bets with caution. As you work your through each strategy what to look for in a successful bet will become more apparent and the time it takes to research should massively reduce.

The Cheltenham Festival is often regarded as one of the biggest horse racing meetings of the year and has been running since 1860. Its prize pool is seconded to only that of the Grand National and with it tens of thousands of fans flock to Cheltenham Racecourse in Gloucestershire each year.

The meeting is part of the National Hunt calendar and is often seen as the first major meeting of the year being held in March. It’s a particularly popular event for Irish punters as the festival usually coincides with St Patrick’s Day, with thousands of Irish making the trip across the pond to view some of the biggest and best horses in the world.

The festival includes many Group 1 races, with the most well known including the Cheltenham Gold cup, Champion Hurdle., Queen Mother Champion Chase and the world Hurdle.

Royal Ascot is probably the most prestigious horse racing event in the world with its ties to the Royal Family. The meeting has been running since 1711 and takes place at Ascot Racecourse in Berkshire, England. Several members of the monarchy often attend the race over the course of 5 days, usually including the likes of the Queen, Prince of Wales and many more.

The meeting includes several high profile races, with many being classed as Group1. The standout races include Queen Anne stakes, Prince of Wales’ Stakes, Gold Cup, Coronation Stakes and the Diamond Jubilee Stakes. As you have probably already guessed, all the races are named after the monarchy or areas close by.

Part of the magic of the event is the formality of it all, with race goers in the Royal Box being asked to wear morning suits and top hats for the men, with day dresses and a hat for the women. It has been known that in the past that many people have been turned away due to their outfit on the day!

The Grand National is one of the richest horse racing meetings in the world, mainly because of the feature race that is simply known as the Grand National. The race has been run since 1839 and with it comes an impressive purse of €1,000,000 for the often 30+ strong field.

One of the reasons why the race is so famous is down to the sheer brutality of it, with horses having to clear 30 fences around the gruelling 4 mile course. In fact, the course is so iconic that most of the fences now have names, usually after famous horses that have fallen previously, such as Becher’s Brook, Foinavon, Canal turn, Open Ditch, The Chair and Valentine’s.

The most famous horse and most successful horse in the races history is that of Red Rum, who has won the race on 3 separate occasions in 1973, 1974 and 1977, a feat that has never been repeated.