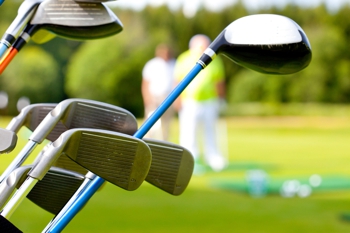 Golf betting can be one of the most lucrative sports to bet on in the industry – when done right! The lure of having massive odds for a player to win a tournament is the reason why so many causal punters flock to the bookies for the latest European or PGA Tour event.

What you’ll find from betting on golf is that it can be as much as minefield as it can be rewarding, often with new winners every week, especially given that the Tiger era is slowly drifting off into the sunset. With a new bread of younger players bursting on to the scene, golf has never been as popular to bet on, whilst still retaining that lucrative side it’s always possessed.

With golf it’s important to know what you are dealing with and you need to be aware how the betting industry works for the sport. There are several quirks involved with betting on golf, which is one of the reasons why we have created the articles listed below. We’ve included information on golf bets, golf betting rules and, finally, golf betting strategies.

This article will cover the vast majority of golf bets that you will be able to place at a wide range of online bookmakers. The bets that are covered aren’t just your mainstream ‘win’ bets, but also include things, such as handicap and even group betting.

It’s important that all punters spend time learning what each bet involves so that you know exactly what you’re betting on. By doing so, it allows you a much wider scope and potential to find value from betting on golf. 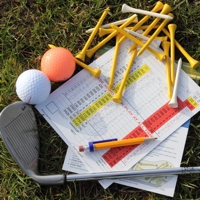 As with all sports, there will be times where unforeseen circumstances interfere when betting on golf. You will then need to be aware of what exactly is going to happen with your bet should these situations arise.

What you will also find is that many bets will cover slightly different rules than most of your more mainstream sports, so we cover a wide range of these in the article, as well. As ever, if you are in any doubt or need more information on your exact bet, we would recommend that you contact your bookmaker directly as they will be able to give you a more definitive answer. 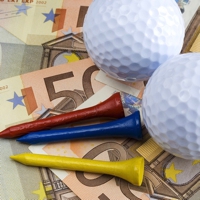 To be a successful golf bettor, you need to have a solid base behind you in terms of the strategy that you use. There’s a lot to take into consideration when betting on golf and for someone new both the sport and betting on golf, it can seem a little overwhelming.

We’ve created this article to help you better piece together a betting strategy that works and also allow you to be more creative with your bets. We have tried to make it appealable to both novice and long-term golf bettors, but to be honest, some of the items that we cover are things that many people over look.

The Masters is the first of the four majors, which are widely regarded as the pinnacle of golf. The tournament is held at the start of April and, whilst it isn’t the first event of the season by any means, it’s generally what most of the players have ben gearing for from January onwards.

The tournament has been running since 1934 and is an invitation event run by Augusta National Golf Club, Georgia, which is also where the tournament is held. It’s the only one fo the four majors that is played at the same course every year, with the winner picking their share of the $10milllion prize pool.

The US Open is the second major of the year and with it has a very different feel to that of the Masters. The tournament is an open event, so literally anybody playing of scratch (both professional and amateurs alike) can qualify for the event. The tournament will rotate every year and the venue will be decided by the USGA (United States Golf Association) on where it will be played.

The tournament has been running since 1895, making it one of the oldest events on tour. It’s run in mid-June, with the Sunday finishing on Father’s Day.

The Open is the third major of the year and is the oldest of all four tournaments. It’s widely regarded as the pinnacle of golf, mainly down to how tough these types of events are. The tournament will rotate between a number of course held across Britain each year, with a bidding committee in place to ensure that each of the alternatives on the list get their fair share of events over an extended period.

The tournament is open to all competitors, and the field will include Amateur golfers as well, making it fairly unique for an event like this. Players will play it out for the Claret Jug and also a share of the €7.4million prize pool.

The PGA Championship is the last major of the season and is often seen as the ‘last hurrah’ for golfers to get a major under their belt for the season ends. Like most of the majors, the tournament alters its venue each year and the courses are decided by the PGA of America.

What’s unique about the event is that, even though it comes with a $10.5 million prize pool, which is one of the biggest in the world, the PGA of America ask local PGA professionals to come and compete, making up around 5% of the total field.