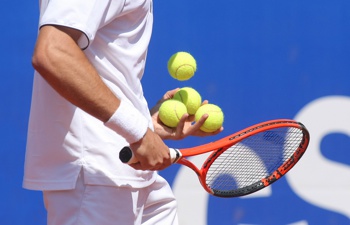 Tennis is one of the most popular sports to bet on with professional bettors. This is mainly because there are literally games that run pretty much 52 weeks of the year. The versatility of the sport also allows bookmakers to offer up a good range of markets to bet on, as well, which again adds to the appeal from a punters perspective.

As an Irish punter, tennis might not be the obvious choice to go when sports betting, but we can assure you that there is much value in this sport as any other in the industry. We have devised a series of articles that will hopefully enable you to make better decisions when betting on tennis. 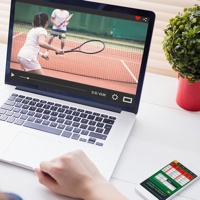 The range of bets that you can place on tennis these days is massive. You can expect to have over 50 for any of the higher profile games, which will reduce slightly for lesser matches. But, on top of that, you are going to be able to bet on both men’s and women’s games, which we will discuss further in this article.

What we wanted to do is outline each of the bets that you can make and also how each of them function. Many people will be gravitated towards the match betting markets, but, in our research, we have found that these aren’t always the best when it coms to finding value, something which we again address in this article.

As with all sports, you need to understand the rules for certain markets before placing your bets. You will likely find that they differ from most sports so having at least a base for these games is imperative.

We have tried to highlight as many of the industry rules as possible here, but we must stress that some bookmakers may take different views on them. If you are using any of the higher profile bookmakers then you will likely see that they fit in with what we have described throughout this article. 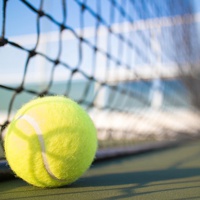 Having a solid strategy behind your bets is going to be your best ally when betting on tennis. There are tons of information online bout tennis betting systems, but to be honest, the majority of them are flawed.

We have tried to highlight a number of ways in which you are going to be able to find better value from your bets, whilst trying to implement theories that are tried and tested. The range of information in this article will allow both novice and experienced bettors the chance to challenge what they already know and also improve on past experiences when betting on the sport.

The Australian Open is the first of the four majors on the tennis calendar and is widely regarded as the season opener. It’s been running since 1905, which actually makes it the youngest event of the four, and is based out Melbourne, Australian at the Melbourne Park.

The tournament includes prize money of over €36million and is spread across both the men’s and women’s game. The attendances throughout the tournament are some of the highest on tour and the events are all played out on a hard court, with the main being that of the Rod Laver Arena.

The French Open is the second major on the calendar and is played across the months of May and June. The tournament has been running since 1891 and takes place in Paris, France. Prize money on offer is slightly less than that of the Australian Open, but is still a healthy amount with over €30million on offer across men’s and women’s events.

The French Open is the only one of the majors that is played on clays and is often seen as one of the toughest due to the speed of the court and the length of rallies that often take place. Over the years, it has been dominated by the Spaniard Rafael Nadal, winning the event on no fewer than 9 separate occasions in the men’s and 7 occasions in the women’s by American Chris Evert.

Wimbledon is the oldest of the majors and was first played in 1877. It’s the only major that is played on grass and one of very few that is even played on grass around the world. Wimbledon is often thought of as the most prestigious event that is steeped in tradition and is as well known for its little idiosyncrasies, as it is tennis.

The tournament has a prize pool of €32million on offer across both genders and was one of the first to offer equal prize money to both men and women for the event. There are three men that have won the event a record 7 times, which include Pete Sampras, Roger Federer and William Renshaw. The women’s game has been dominated by Martina Navratilova, who has won it on 9 separate occasions, respectively.

The US Open is the final major of the year and takes place at the Billie Jean King National Tennis Centre in New York. The tournament has been running since 1881 and is second oldest only to that of Wimbledon.

The tournament includes both men’s and women’s game, but provides a huge pool of players that are able to qualify, which makes it fairly unique in this manner. The prize pool is the largest out of the majors, with a staggering €43million up for grabs. There are three men tied for the most single titles that include Richard Sears, Bill Lamed and Bill Tiden. In the women’s game, Molla Mallory is the most successful of all time with 8 titles to her name.