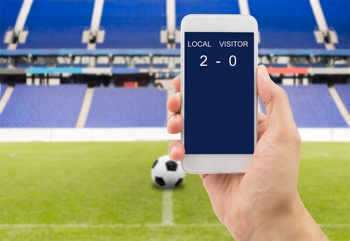 Football betting is undoubtedly one of the biggest sports to bet on in the world. You only need to take a quick look at any of the major online bookmakers to see how much coverage the sport gets, highlighting just how popular it is to bet on.

The main reasons why the betting markets are so popular is because the sports is played in so many countries. You will see bookmakers offering up dozens of different markets on a range of leagues and competitors from around the world. There is little doubt that the likes of the Internet and the ability to stay in touch with a plethora of leagues from all corners has allowed football betting to thrive and where once over games from leagues in Mexico, Argentina, Qatar, Japan and others offered up very little info, we can now get as much info on these games we can the English Premier League.

At IrishBettingSites.com you will be able to access a huge range of information for football betting and we have made it our mission to provide you with the basic tools to help choose your bets.

Before we can run, we must first learn to walk and we feel that it’s massively important to become familiar with all the different betting markets that are on offer within football. Whilst many may seem obvious, there will be others that you may not have heard of or even thought of betting on.

By becoming familiar with all different bet types it then allows you to make more informed decisions on what bets to place. We know most will be familiar with the Win-Draw-Win market as this is where many people start out, but what’s your knowledge on other markets, such as scorecast and Asian handicap betting?

Once you have a base knowledge of how each market works, it opens up a massive range of betting markets that you are going to be able to bet on. 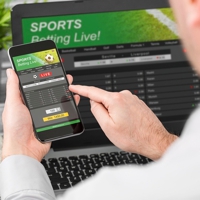 Knowing the basic rules when it comes to football betting is something you should be able to refer to. At some point there will likely be a time where your bet isn’t settled for whatever reason and it’s important that you know what the implications of this happening are.

This article will walk you through the major betting rules when it comes to football and also allow you to refer back to the article should anything that you are unsure about crop up. We cover things such as dead heats when it comes to first goalscorer bets and also when selections from your accumulator get postponed. 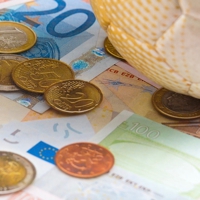 As with any betting type, you need to be able to refer to some form of strategy to come up with your bets. Now, we aren’t talking about betting systems here that don’t really work, we are talking about ways in which you can research your bets and, in turn, try to find better value bets.

The article has been designed to walk your through some basic information, before moving into sectors that are more advanced. You should be able to target certain markets with each bit of data and then it will allow you to digest the data and in turn find a decent bet from each game.

As a quick overview, we like to teach people the ability to come up with a plausible score line for each match that they want to bet on. This could include taking in recent form, previous head to heads, starting line ups and 3rd party team data, but at the end of the day, you should be able to form a score line. Once you have the score line, it makes it easier to then target a certain betting market. For example, if after your research you decide that there is a good chance that a game is going to finish 1-1, you can immediately discount the home win, away win, over 2.5 goals and 0-0 correct score.

The World Cup is one the biggest sporting events in the world and with it comes the highest prestige for any international country. The tournament started back in 1930 and it now runs every 4 years, alternating from venues based around the world.

The first World Cup was held in Uruguay and was also won by Uruguay. The tournament has actually only been won by 8 different countries over the lifespan, which include Brazil (5), Germany (4), Italy (4), Argentina (2), Uruguay (2), France (1), England (1) and Spain (1). Miroslav Klose of Germany is the all-time leading goalscorer with 16 goals.

The tournament currently holds 32 nations, although it has been recently proposed that this number is set to increase to 48 for upcoming tournaments. In 2006, it was estimated that the 26.29 billion watched the tournament, making it the highest viewed sporting event of all time, overtaking that of the Olympic Games.

The European Championships (Euros) is Europe’s elite international event that is made up from members of the Union of European Football Association (UEFA). The tournament first start in 1960 and, like the World Cup, runs every 4 years and is spaced every 2 years in between the latter.

The structure includes 24 teams that have to go through a group qualifying process, which is whittled down from 55 country’s that are eligible to enter. The most successful country’s in the tournaments history are that of Germany and Spain who have won it on 3 separate occasions, respectively.

The Champions League is widely regarded as the elite club football tournament in the world. It includes teams that are made up from UEFA’s elite leagues and has been running since 1955. The tournament runs every years with teams having to finish within a certain number of places in their domestic league. There is also a playoff process before the tournament proper for teams to qualify, bringing the total number to 32.

The most successful team in the history of the Champions League is that of Real Madrid, who have won it 11 separate occasions. To put their dominance into context, the next ranked team is that of AC Milan with 7 tournament victories. The all-time leading goalscorer is that of Cristiano Ronaldo with 95 goals, closely followed by rival Lionel Messi with 93 goals.