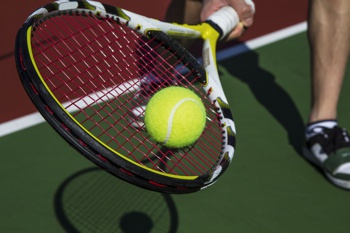 It’s likely that as you get into your tennis betting there will be scenarios that occur that will affect your bet. If this is the case, then we are here to help. Below we have listed some of the  more common tennis betting rules that will apply to the majority of bookmakers out there.

We don’t want to specify that not all the rules will apply to every bookmaker, which is the same for all sports. But, with betting this probably rings true more than others, especially when it comes to a match being complete. Before we dive into the rules specifically, we want to make you aware of four different circumstances that bookmakers may use to determine if a match is complete or not:

It’s actually vital that you are aware of which bookmakers will apply what rules to your bets. A player withdrawing due to injury is actually fairly common in tennis, such is the intensity of the sport. Betting with bookmakers who will run the game after the first serve is made is going to be massive disadvantageous compared to that of bookmakers who let the whole game run.

Change to the Rules

In the event that you place a bet and the rules for that match change (number of sets, venue, etc.), then all bets will be deemed void and your stake will be returned. This is fairly rare, but it does sometime happen with games that are played over a shorter number of sets when pushed for time due to loss of time in that event.

There may be times where one player withdraws from their match before that game starts. If this occurs then the market will be deemed a walkover and then all bets will become void with your stake being returned.

When betting on markets such as total games for a match, the tie break will not be broken up by the points on offer and simply be reflected as one game. This will apply to as many tie breaks as necessary. But, if a game can’t be decided on a tie break and must be won by 2 clear games in the final set, then all of these additional games will contribute tot the total number of games for that match.

If a game gets abandoned for whatever reason and both players are unable to continue, then all bets that haven’t previously been settled will become void. For example, a game stops in the second set at 4-4, which means that all bets placed regarding the first set will be paid out, but any bets from the second set and the match that have not yet been settled will be void and stakes will be returned.

Rule 4 will be applied to the applicable markets where bets have already been placed prior to that event taking place. For those of you aren’t familiar with Rule 4, then it’s basically a rule that allows the bookmaker to alter the odds of certain bet should one of the runners be removed offering an unfair advantage to one or more of the players in the field.

Let’s say, for example, that we bet on Roger Federer to win the US Open at odds of 5.00. Two days before the event starts, Andy Murray, the favourite to win the tournament at odds of 2.00, gets injured and withdraws. This would have a huge affect on the odds of Federer now, making him a massive favourite and the price of 5.00 no longer reflecting the field.

So, Rule 4 would step in and, in turn, reduce the odds on offer for that bet. The ruling must follow a strict set of odds and changes depending on both starting price and the price that they have now been adjusted to. The table below will signify what the changes will be for each price.