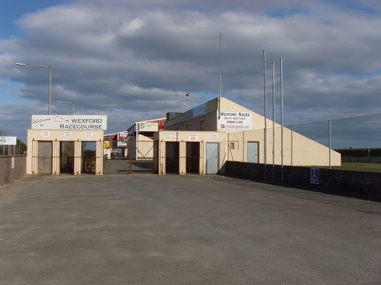 Wexford is located in the south east corner of Ireland. It is a county known across Ireland and Europe for its strawberry production but the course itself was opened in 1951 and is known for their friday evening meetings which take place through the summer months.

Wexford underwent one of the biggest changes in its history in 2015 when it was re-aligned from a right handed course to a left handed track resulting in much safer and attractive racing for both owners and patrons. The only downside being that the winning post now lies beyond the end of the spectator stand, although this is now seen as a unique feature for the course.

Getting to the racecourse is easy. There is a train run by Irish Rail that runs between Wexford and Dublin four times a day. In terms of buses, you can jump on the Wexford Bus, which operates seventeen times in a day between the station and the hospital. If you’re flying to the venue, Waterford Airport is the closest to the racetrack.

General Admission prices for the course are as follows, Adults €12, OAP/Student €7 and Children U14 Free. 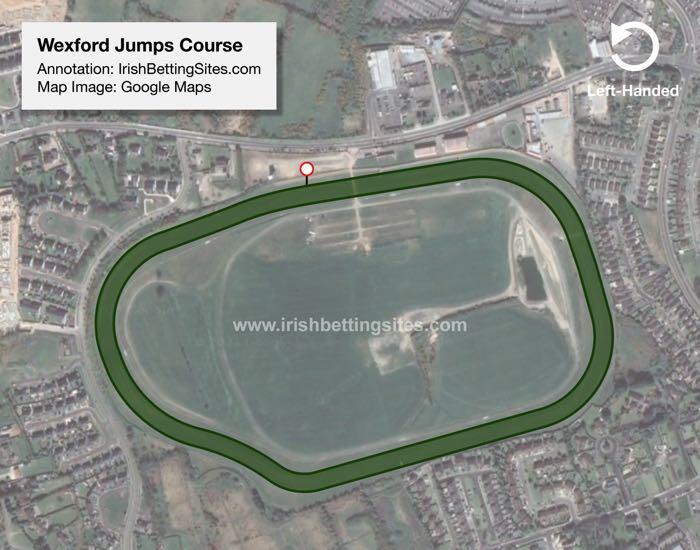 Wexford is one of just four National Hunt-only courses in Ireland. Initially right handed, the course changed to being left handed in 2015, a drastic move but one that has largely received positive feedback from owners, trainers and jockeys alike. Some spectators are not so thrilled by the decision though with the winning post now situated further away from the stands, making it harder to tell who crosses the line first – which is really quite important we’re sure you’ll agree!

It’s not all bad news for those watching though as now two of the fences are located right in front of the stands, giving patrons a better view of the spectacle of National Hunt racing itself. There are an additional four fences per circuit, all rather soft, which are situated on a tight rectangular course, just under nine furlongs in length.

The recent change in direction now sees races end on an uphill two furlong home straight, placing a little more emphasis on stamina than there used to be. The sharpness of the course still means that speedier, handily ridden types tend to fare best here though.

The hurdles course, which is located on the inner of its chase counterpart, is, as you would expect, even sharper in nature and the tight bends make overtaking an extremely challenging ask for those lying far back.

On both courses, the ground can end up being quite inconsistent and the undulations make it hard to keep the going uniform. This is especially true in the summer months when the sun is drying out more inclined areas of the track as it’s a difficult place to artificially water.

Wexford hosts 11 meetings every year between March and November and with no major meetings in the calendar, most of the meetings take place on Friday evenings during the summer. It is very well supported by local patrons.

In terms of hospitality, there are numerous options at Wexford if you’re looking to host that extra special occasion. The Carriglawn Room, for example, hosts 60-80 people and is a self-contained bar with the option for finger foods or a buffet, as well as a tote operator to take bets. You can also rent out the race course’s first class restaurant, The Ivy Room, that offers delicious food and unbeatable views of the race track. For further information, and depending on what you’re looking for, just email the Wexford Races and they’ll help you find the perfect solution.

Wexford also has numerous facilities available to patrons on any given race day, which include:

Hot food and cold drinks are available at all these locations and deals are on offer for larger groups on request.