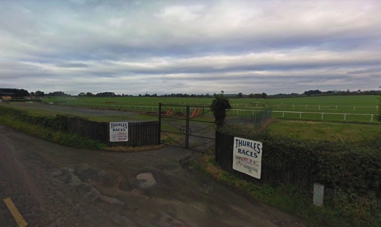 There are three racetracks in County Tipperary with Thurles being the only privately owned race track throughout the entire country. The track has been hosting racing since 1732 and is seen as ‘the place to go’ for National Hunt racing. It is jokingly referred to as the “first all weather track in Ireland” due to its remarkable drainage, which seems to withstand any amount of rain that pours down on top of it. This is a great feature seeing as the majority of its racing takes place in the winter months.

The track is usually busy early on in the year, hosting a variety of big early season Grade 2 races and is only one of four National Hunt only tracks in the country.

The racecourse is located in Thurles, so it’s very easy to get to by bus or by train with one of the train stations being just one-mile away. There’s also a shuttle that can pick you up from the station that goes directly to the racecourse. If you’re flying in for a race, the nearest airports will be Knock and Waterford.

General Admission prices for the course are: Adults €15, OAP/Student €7 and Children under 14 Free. 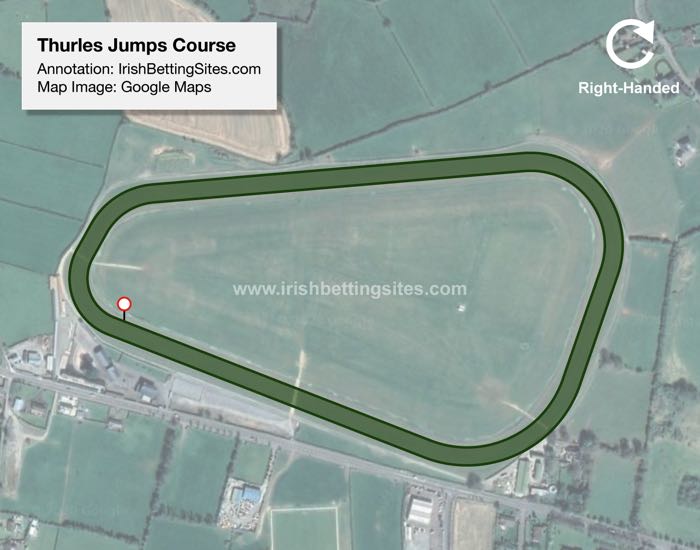 Thurles is a right-handed track that is 1m 2f in distance and one more suited to horses that enjoy being ridden handily. Parts of the track have a slight incline, but there is a very steep descent as runners make their way to the start of the two furlong home straight. It is a course which rarely sees the ground turn too soft or heavy, even in the darkest of winter months.

There are a total of seven fences along the chase track with two in the final home stretch. After the final leap, as with the hurdles course, there is a run-in of around one furlong. The two courses are not the same in every aspect though with the hurdles course the slightly sharper of the two. It includes six obstacles to a circuit – two of which lie in the home straight. Even more so than the chase course, it pays to be ridden prominently on this track.

The majority of racing takes place at the course on Thursday afternoons except for an annual Sunday meeting in the week leading up to Christmas. Whenever you visit though, you can expect the racing to go ahead, despite the high levels of rain the course receives …

We touched on this earlier but it’s well worth emphasising just how resilient and well-draining the ground at Thurles is. Hooves here will rarely sink in more than a few inches even after prolonged rainfall and very few meetings are ever cancelled due to unsafe ground conditions.

While the turf is about as waterproof as you can get, you will still see the ground get cut up during especially wet months. On such occasions, particularly during races towards the end of the card, jockeys are wise to take their horses out a bit wider as they’ll benefit from a smoother ride. However, the key thing to note is not to worry too much if rain is forecast and your horse isn’t a mudlark, as conditions here will rarely get too testing.

Thurles holds a total of 11 meetings between October and March each season. Most of this fixtures take place on a Thursday. Thurles hosts two top Grade 2 contests with the Kinloch Brae Chase in January being the pick of these. Don Cossack and Newmill are two famous previous winners of the race.

Thurles features two bars: one in the stand and the-always-packed “Draught Bar”, which is located right beside the famous hot beef roll counter beside the parade ring. There is also a self service restaurant located on the track, which serves a delicious menu of hot food, as well as containing several big screens and a tea room adjacent. There are also the various karts, stalls, and vans that one would expect to see at any Irish race meeting.