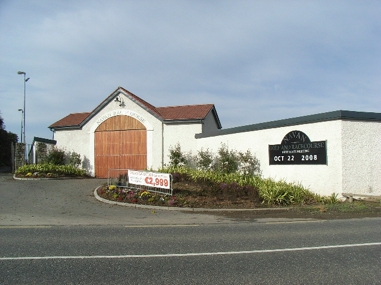 A fine dual purpose track located about 50kms north of Dublin in county Meath, Navan is one of Ireland’s premiere National Hunt tracks. Opened first in 1920, and undergoing refurbishments and track upgrades in the 1990s and in 2014, the track is one of the best maintained in the country.

Navan is known for its ultra competitive style of racing and with multiple Grade 2 events on the cards during the year, it is arguably the fairest test of a National Hunt horse you will find in Ireland.

You can easily get a bus to Navan from Dublin’s central station, Busaras, which stops a short 3 kilometres from the racetrack where you can easily find a taxi. The nearest railway station, however, is Drogheda, which is 24 kilometres from Navan, so it’s advisable to pre book your taxi if you’re planning to get the train to this location.

General Admission prices for the course are Adults €15, OAP/Student €9 and Children under 18 Free. 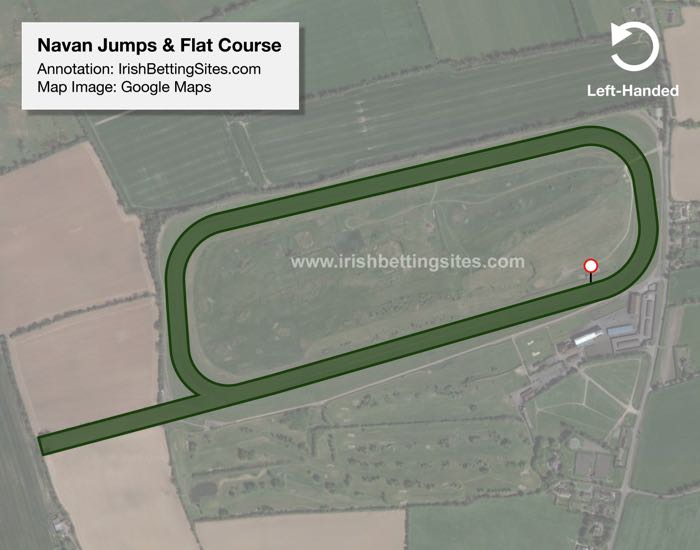 Navan is a left handed, rectangular track of 1m 4f with a stiff uphill finishing straight of three and a bit furlongs. This straight joins to a small chute by the final turn to allow sprints to take place in a straight line.

While Navan is galloping in nature, the ground can become very sticky in soft or heavy conditions, so the ability to see out the trip is vital for any horse coming here, especially with that tough uphill finish. Indeed stamina is probably the main thing required from any hopeful horse when the going is yielding or worse and those with any question marks about the trip will likely find themselves exposed.

The chase course contains nine fences in total with seven plain fences and two open ditches. Three of the obstacles come in the uphill home straight that features a run-in of just under a furlong. The trickiest fence on the course is the fourth from home, which is followed by a turn almost immediately upon landing. The key to riding at Navan is getting a breather into the horse during the back straight as it is a long way home after here on a course where horses tend to ride quite quickly.

A MOST FAIR REPUTATION

You’ll rarely see any jockey or trainer describe Navan as anything but a fair track. It’s the best horse that wins here almost every time so any excuses have to be directed towards things other than the course itself.

In terms of pace bias, it’s possible to win racing prominently, from midfield or from further back, with no tactic really preferred over the other. There’s a similar lack of draw bias too with no stalls proving better whether on the straight sprint course or the main circuit. Overall, for both flat and National Hunt racing, Navan makes a strong claim to be the fairest course in the country and indeed anywhere in the British Isles.

Navan plays host to 17 meetings during the season, the Boyne Hurdle, the Lismullen Hurdle, the Fortria Chase, the Monksfield Novice Hurdle, and the Navan Novice Hurdle are among the graded highlights over jumps. On the flat, Navan has probably the biggest trial race in Ireland for the Ascot Gold Cup in the Group 3 Vintage Crop Stakes run every May.

Navan has a host of both public and private on course amenities including:

The Bective Package starts at €52 per person and includes admission, a 3-course luncheon with tea and coffee,a race card, and a table in the Bective area for the day. Of course there are various outdoor stalls and vans selling a variety of different hot foods and cold beverages to all patrons, as well.