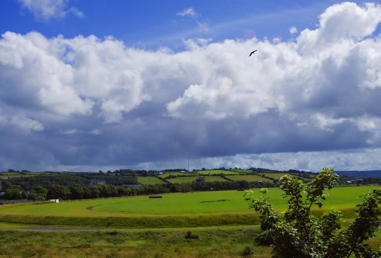 Listowel is tucked away in the rural heartland of Co. Kerry, and much like Laytown, is one of the unique jewels in the Irish racing calendar.

The first race to take place in the area was actually nine-miles from Listowel at Ballyeigh, Ballybunion, which was an annual event that goes back as far as the 19th century. The event included, of course, horse racing, but also other games, always ending with what they called an organised ‘faction fight’. Of course these fights often led to chaos and disorder, so the annual event thusly came to a halt. In 1858, however, the racing part of the Ballyeigh event was reinstated but at a different location, which was, of course, Listowel.

Ladies day during the infamous 7 day Harvest Festival can often attract crowds upwards of 26,000 and this can create a stunningly vibrant atmosphere at a rural course, such as Listowel. Getting to the racetrack is easy during the festival, as there are plenty of buses from both Tralee and Limerick. There are also trains available to nearby Tralee and Limerick, coming from popular places like Dublin, and then you can easily jump on a bus to the racecourse from the racecourse during the festival.

Tickets for the Harvest Festival are: Adults €20, OAP / Student €10, and Children under 16 are free when accompanied by an adult. 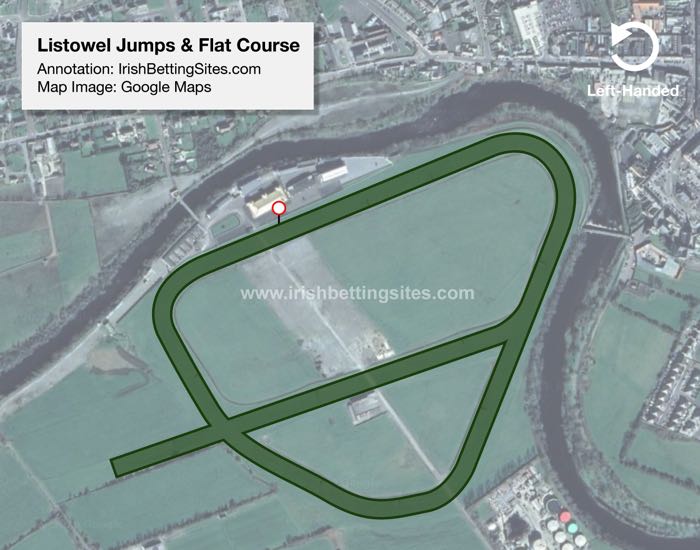 The course itself is a flat, left handed, oval track measuring 1m 2f around with a home straight forming the final two furlongs. The tight and undulating nature of the track makes it a real test for jockeys when horses race quickly so softer conditions, and the resulting steadier pace, are generally preferred. Should jockeys not be so lucky, they need to ride handily as on good going Listowel provides virtually no stamina test even during longer races.

Listowel doesn’t always ride fast though and when things turn soft, there ends up being many horses that simply can’t handle it. The black soil seems to hold horses back more than most and as a result, chase and hurdles contests regularly see fields that become extremely strung out. It is a quite unique course in this respect so as a general rule it pays to forgive a horse for a poor run on testing ground at the track.

The flat course at Listowel rides quite ground dependant too. In good ground or better it pays to have a horse with plenty of speed where as if the ground becomes testing, the sticky nature of the soil mean the slight undulations take a lot out of runners. In such circumstances the trip can take quite a bit of getting used to so don’t rule out a horse who perhaps failed to impress here the first time around.

AS FAIR AS THEY COME

It’s common to find at least some traces of draw bias across Irish racecourses but Listowel is one of the major exceptions. One of the fairest tracks in the countries, it’s possible to win from any stall regardless of the going, the distance, or how many runners there are. It’s somewhat surprising with six furlong starts beginning immediately before a long turn to the winning post but the stats speak for themselves and are rather impossible to dispute, suggesting perhaps that drainage may be a factor too. 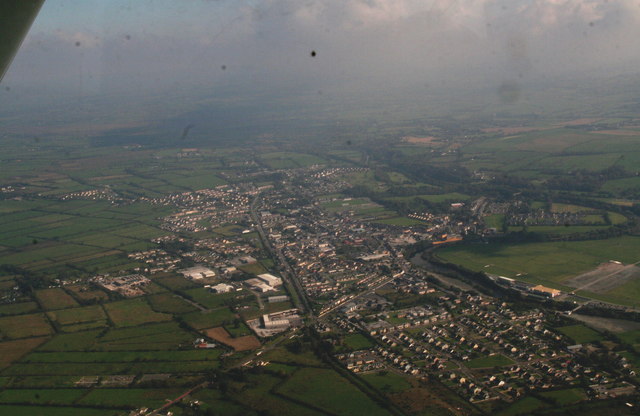 Listowel hosts 9 meetings each year split into a two day meeting in June and the famous seven-day Harvest Festival meeting in September. The highlight of the festival being the Kerry Nationnal Handicap Chase, which is a hotly contested and increasingly valuable race in the Irish calendar.

The basic level of facilities are quite good with a number of on course stalls and karts providing hot food and drinks to patrons.

The racecourse also offers hospitality function rooms for either business events or for pleasure. There are plenty of bars, restaurants and also a dinning room with great views of the track. Additionally, the racecourse features a shopping outlet, which displays the September Festival Meeting up on a big screen.