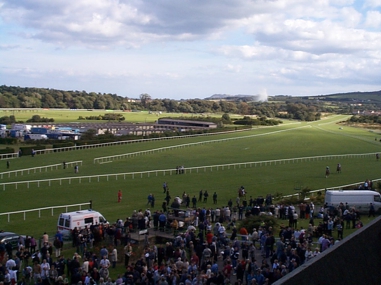 Leopardstown is the main dual purpose racecourse in Ireland hosting 13 Grade 1 races over jumps and two Group 1 races on the flat. Its location just 8km south of Dublin City Centre has made it one of the most popular tracks in the country with tourists and the high quality standard of racing here year round only adds to its popularity.

Amazingly, it is the only course located in the capital and runs around a stunning 18 hole parkland golf course, which is available to play any day outside of racing. Aside from racing, the Leopardstown course is known for its on-course entertainment with many concerts and comedy gigs taking place for patrons at the end of meetings.

The course is serviced by Dublin’s light rail Luas system, which leaves from the city centre and stops at Sandyford, which is just 10-minutes walk from the course. The trip itself takes 20-minutes and a complimentary shuttle service is in operation from the stop on the day of racing. Dublin bus also service the course on race days.

General Admission prices for the course are €15 for Adults, €10 for OAPs and Students, and free for children under the age of 16.

Prices vary for special meetings, such as Irish Champions weekend, and these are available on the course website closer to the date. 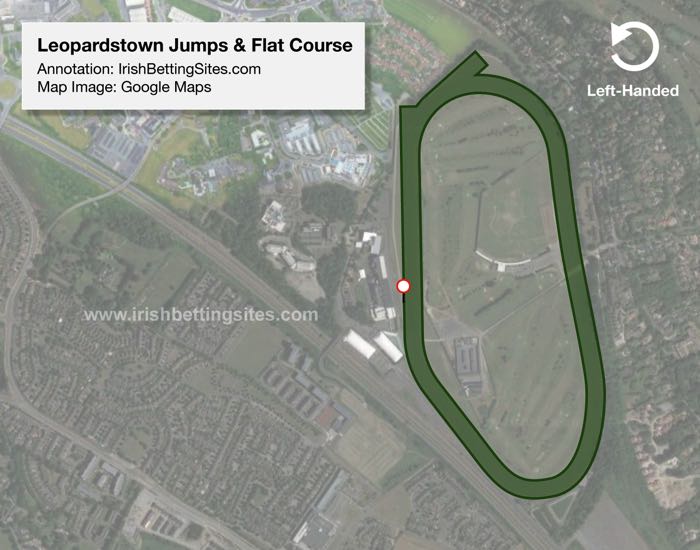 Leopardstown, in general, is a wide, open, left handed track of about 1m 6f in circumference, which rides very fair and is mostly flat (bar a small rise coming off the home turn). Offering a stiffer test than many think, the pace often picks up here a long way from home so there’s rarely a moment to catch breath. The turns, however, are very much on the easy side and pose no issues for any long striding gallopers.

The chase course is regarded as easier than the inner hurdles course, although the three fences that are placed tactically down the back straight are very close together and can catch horses out when not met on a good stride. There are rarely any hard luck stories on the chase track, although there is only a very short home straight after turning an easy final bend.

The hurdles course is much sharper and provides a much greater test of the tactical ability of the jockey and speed of a horse and requires a lot less getting the trip than its chase counterpart. It rides quite differently to the outer course and it pays to be much handier especially when there are large fields in the big handicaps at the course.

DRAW BIAS ONLY PRESENT OVER 6F

In races with 10 or more runners across six furlongs, stalls one to three all enjoyed a higher number of actual wins compared to the expected amount. Stall two was particularly fruitful with a winning percentage of 12.93%, over 4.5% more than the anticipated level.

The reason for this is that the home bend approaches runners so soon in six furlong races, meaning those that start out wide find it difficult to get a decent spot by the rail. Handed more time to sort themselves out over seven and eight furlongs, the draw bias virtually disappears with no preference given to any position among the stalls.

BIG NAMES ABLE TO PROVE THEIR WORTH

Some truly great names have steamed across the Leopardstown turf over the years, including legendary hurdlers, Hurricane Fly and Istabraq, who both won here 10 times. Leopardstown has a reputation for rarely providing hard-luck stories so it’s usually the case that the best nag wins on this exceptionally well-maintained course.

It’s something best highlighted by Famous Name, a horse that boasts a record-breaking 13 victories just south of Dublin, a feat that may not be broken for a very long time. Every single win came when Dominic Weld’s multiple-time Group winner set off at odds of just 11/10 or shorter and in his whole career only once did he fail to win when the race favourite. 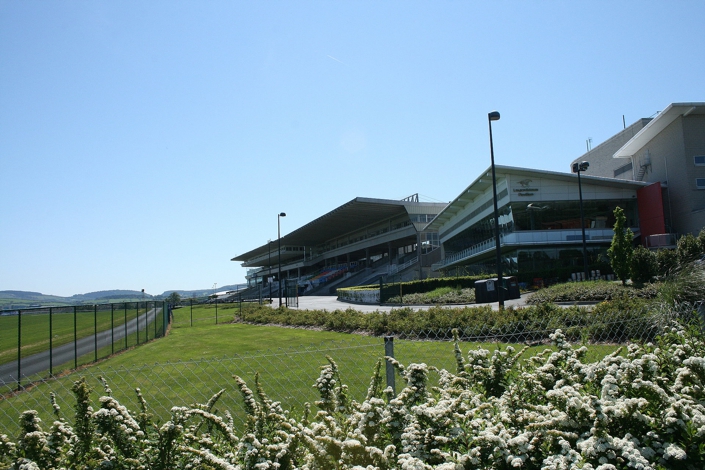 Leopardstown hosts a total of 23 meetings throughout the calendar with the highlight of the flat racing being the first day of Irish Champions Weekend in September as the featured Irish Champion Stakes is rated as one of the best in the world. Over jumps the Christmas Festival from Stephens Day has seven Grade 1’s and attracts some of the largest crowds in Europe to the track. It is also the home of the Irish Champion Hurdle in January and the Hennessy Gold Cup in February.

The Grandstand of the course contains three floors of bars and restaurants available to all patrons. There is a Sports Lounge so you miss no sporting events while watching the racing. There is also the Champions Cafe bar and the Leopardstown Pavillion, providing food, drink and entertainment to all patrons on race days.

Leopardstown provides amazing facilities and offers for both large and small groups. Full details and pricing can be obtained from the course website.