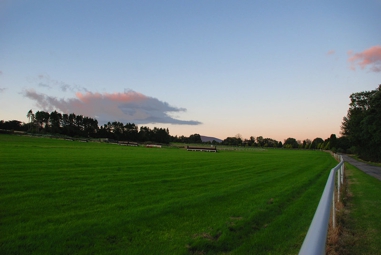 Clonmel Racecourse sits 2kms outside the town itself in County Tipperary and is one of Ireland’s premiere winter jumping tracks. The racecourse attracts a host of top class chasers ever year because of its stiff uphill and undulating track, and it is known for its large crowds and great atmosphere on a cool winter evening.

Racing at the venue has taken place for 150 years and the course has become so popular that it can play host to in excess of 120 runners at any given meeting. The course itself went under major renovations in 2009 and now has some of the best patron facilities in the country. The track is located less than a mile from both the bus and train stations in Clonmel and is only 55 miles from the nearest major city and airport in Cork.

Clonmel admission prices are Adults €15, students and OAPs €10, while children under the age of 14 enter free of charge when accompanied by an adult. These prices apply to all race-days year-round. 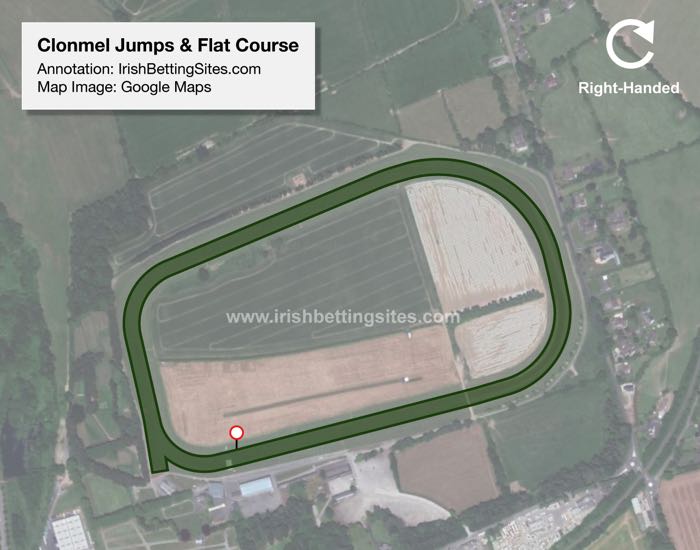 Clonmel is a right handed oval track, measuring a mile and a quarter in length, which is recognised throughout the country as one of the stiffest tests in the business. The demanding National Hunt circuit contains a stiff uphill climb, followed by a gradual downhill run into another uphill surge to the finish line. As previously mentioned, this natural test attracts a large number of top trainers to the course, bringing with them some great novice and experienced chasers.

Fences are seven to a circuit with a long run from the back of the third last to the final two obstacles in the home straight. After the final jump there’s a short run-in of just 150 yards so it is crucial to be well-placed approaching the last.

There’s a similarly slender run for home on the hurdles course, which features six flights. Clonmel’s unique layout ensures that you see a fair share of courses specialists who end up performing here on a regular basis. As a jockey, it provides a tricky tactical test to get your horse round with enough left in the tank at the finish.

As a slight aside, it isn’t just horses that do the business in this corner of south east Ireland, as Clonmel also plays host to the National Hare Coursing festival that takes place on the track each February and attracts over 30,000 spectators over the three-day festival.

Clonmel simply doesn’t do short distance races. The minimum trip on the County Tipperary course is 1m 2f and this combined with a maximum trip of 2m gives it quite a limited flat racing offering. One consequence of this is that there’s been no research into any draw bias at Clonmel.

You’d usually never expect to see any in races as long as 1m2f or 1m4f but there are those that believe a low draw is of some benefit. By starting close to the rail, jockeys are best positioned to save some ground as they take on the long turn around the top of the hill. There’s likely some truth in this but it won’t be significant enough that it should factor into your thinking when placing your bets.

Clonmel is one of the most active tracks in the country, having no fewer than 12 meetings between February and December, including five evening meetings during the summer months. The Grade 2 Clonmel Oil Steeplechase is the highlight of the year and has seen great horses, such as Dorans Pride, Road to Riches, Sizing Europe, and Champagne Fever compete in it in previous years.

There are three bars located on track. The T.A Morris bar under the grandstand, the Club Stand bar ,which contains the best viewing facilities, and the Supporters Bar that overlooks the winning line. Dinners, sandwiches, and pastries are provided in the restaurant under the club stand, while there is a snack bar beside the parade ring that contains fast food, soup, sandwiches, and sweets.

Group facilities include a private room in the lower grandstand which seats up to 150 people called the Sponsors Room. The room has a viewing balcony that seats up to 30, and for smaller groups, tables can be reserved in the Club Stand Bar upon request.