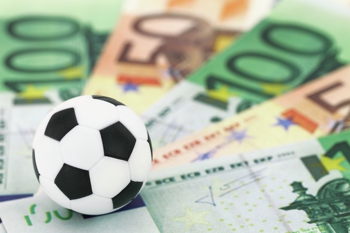 GAA can be a tough sport to call, especially given how competitive it is at the upper end. Remember, GAA Football isn’t a professional sport, it’s mostly played by amateurs, which often has an affect on the efficiency of some teams. The likes of Dublin, Kerry and Cork are much stronger than the likes of Carlow and Waterford, for example.

It’s for this exact reason why you need to be a little more creative in your betting strategy with GAA Football than most sports. But, like all good punters, you need to make sure that strategy is solid and throughout this article we have included some pointers where we think you may be able to improve.

It’s worth noting that even though the range of teams may be vast in terms of ability, we think that GAA Football might be one of the most underrated sports to bet on in the industry. Being from Ireland we know how popular the sport is, but many don’t live and breathe it like we do, which most importantly includes bookmakers!

This is the most obvious thing when it comes of all types of sport betting, to be honest, but it’s staggering how many people actually overlook recent form. You simply must look at how well both of the teams in the match have been playing and there really is no substitute for recent form.

A common error that we see are punters taking league standings over recent form, but we think that the form has a much, much stronger bearing on how a team is playing compared to league standings.

This becomes a little more tricky when you start to work your way thought the Championship and in the knockout stages of the league as obviously teams will have had to string wins to get to where they are.

To combat this we recommend that you look at the manner of the previous victory to get a gauge where they stand. Have they simply blown their opposition away? Have they scraped a win? Did they win under controversial circumstances? Have they been dominating games all season? How do the previous opponents match up against the current opposition?

You need to make sure you ask these questions of both teams and, more importantly, answer them!

We all know that the main emphasis for most teams is that of the larger Championship games, but the National League games often work up the best value when it comes to GAA Football. The reason behind is that there seems to be a much smaller gulf in class between the top and the bottom teams. Whether this is because the top teams don’t take it as seriously or, simply because they are holding back for the Championship games, we aren’t sure, but if you look at past results, the lesser teams have way more success in the National League games.

It also tends to be a much less desirable league to bet on for most punters, but that’s what makes it so popular with professional bettors. They often target the smaller games rather than the bigger games as discrepancies in odds between bookmakers are often much larger, meaning they can find better value as a result.

You can even take this one step further and move down to some of the lower leagues and even the junior leagues if you wish. The less information that other punters have available to them, the more range in prices you are going to find at the bookies. And by the way, the information to form bets is out there, you just need to work a little harder to find it.

Stick with Your Local Counties to Start

If you are just starting out your venture into GAA Football betting, then the best piece of advice we can give is to stick with games from your local county. This is because it’s likely here that you will have the most knowledge on each team and it will be much easier to form a solid opinion on how each game might pan out. You may even be in the position to get some inside info that punters from outside of your county wont be able to access, so keep an ear to the ground for that.

If you are based outside of Ireland or simply are starting a fresh with the sport, then it’s time really read up. Again, you can pick a county to work with and then hone your skills within that sector. By doing this it means you can concentrate on a handful of teams, rather than dozens, which is much more manageable. We know professional bettors that only bet on 6 teams all season simply because they know them inside out and they know what bets are going to offer good value.

Keep an Eye on the Total Number of Games

The number of games that each team can play in one season can vary massively. Teams that are consistently making finals, such as Dublin and Kerry, are going to be playing a lot more games than most as with their success comes a trade off in the rest period they are able to get.

At some point, especially within the National League matches, you will find that teams will become fatigued and it allows smaller teams, who will be fresher to step in and cause an upset. This works really well with handicap bets and taking on the outsiders for a game against a dominant opposition after either a hard fought game or a strong of games in a row. It’s likely that with a handicap they don’t need to win the game outright for your bet to be successful.